Anglo-Portuguese Alliance: The oldest alliance in the world. On September 1 of 2019, Torrestir established an exclusive partnership with British company Europa, a leader in transportation. Europa Road is one of four specialist companies operated by the UK’s private logistics group, Europa Worldwide Group. 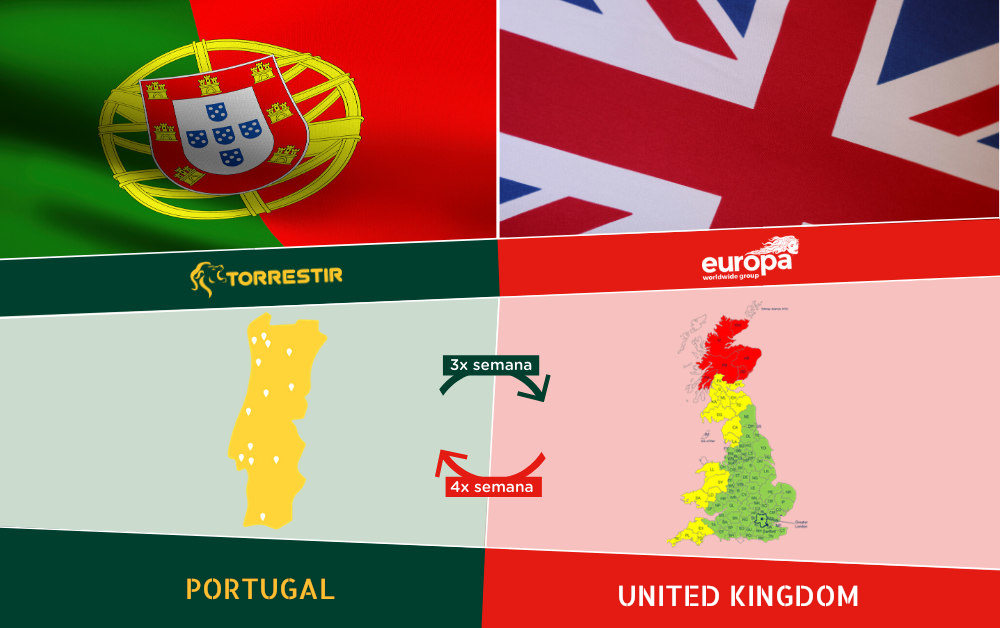 As the largest European groupage hub in the UK, the network of 13 subsidiaries of Europa Road connects directly to one Europa Hub in Dartford, from where it provides direct and daily merchandise distribution services to 30 European hubs. Torrestir and Europa Road will start this service with four departures per week between Dartford and Portugal and three departures per week between Portugal and Dartford.

Our Services
Our Locations
Contact Us
Quote Request
JOBS